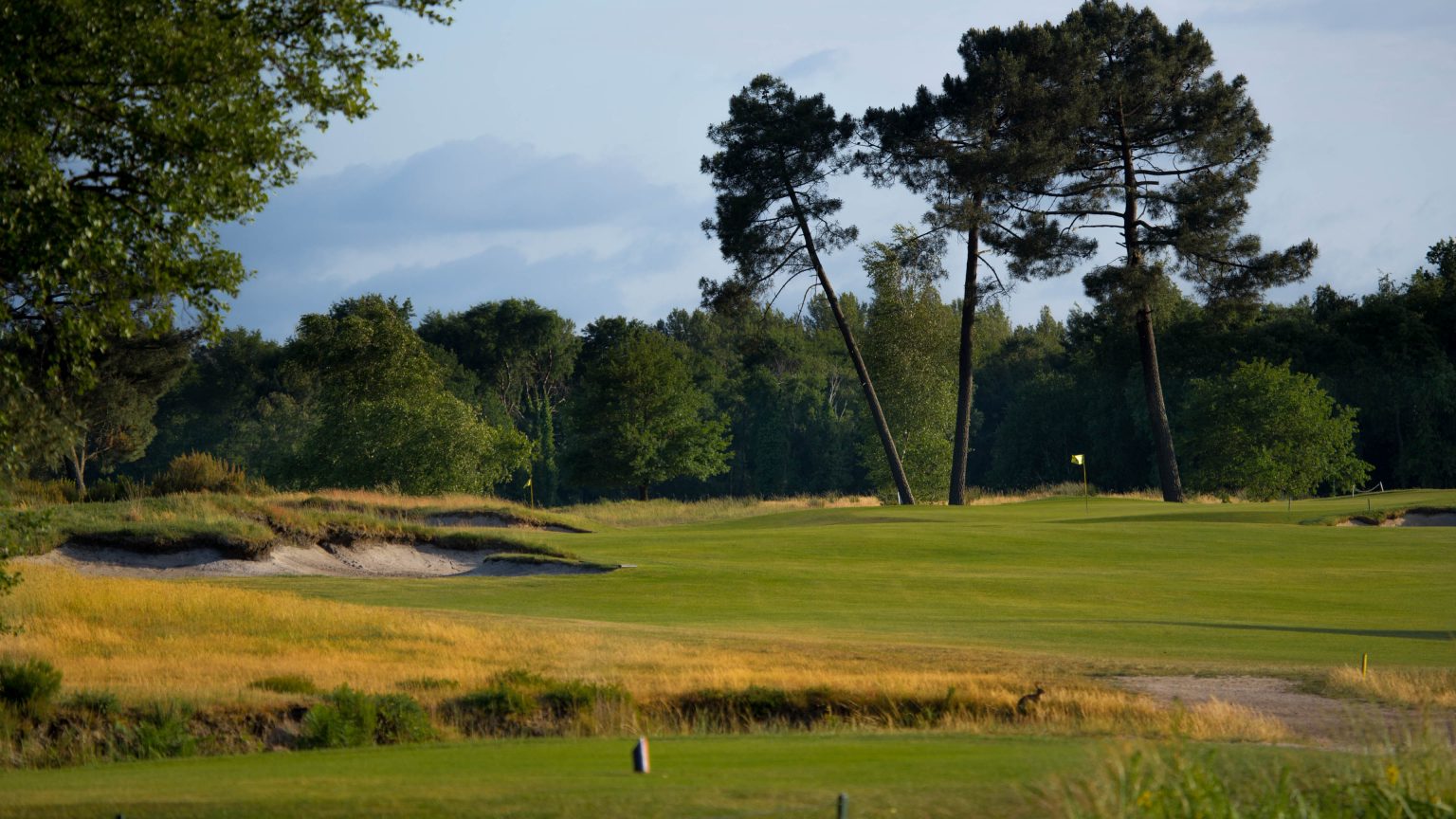 Bordeaux is, as we all know, lined to the hilt with culinary delights and famous chateaux where the world’s best wine flows freely. The golf courses are pretty appealing, too! So why hasn’t the region, and France as a whole, made it to the top of the list of Europe’s great golfing destinations?

France has the climate, the courses, a good bit of history, sights, culture, and food to die for. Why haven’t hordes of foreign golfing tourists descended upon the golf courses we’re playing? While we were waiting to tee off at such well-known courses in Bordeaux as Les Chateaux and Les Vignes at Golf du Medoc, there were only locals in our immediate vicinity. In the clubhouse after the rounds, we could hear the din of French conversations at tables around us while we dined on local oysters, foie gras, and tasted the renowned Medoc red wines along with our Boeuf Bazadais.

The French have guarded their secret well, but it may not be kept locked much longer. The powers that be in French golf are keen to make their country known to the world of golf travelers.

Today there are 400,000 registered golfers in France, a country with a population of 66 million. In other words there’s a long way to go before golf becomes everyman’s sport, as it is in Sweden, Ireland or the UK. In Sweden, about one in every 20 citizens plays golf. In France, this number is drastically less – about only one in every 200 citizens is a golfer. Most people in France still think of golf as something that the privileged classes pursue, whiling away the hours in a life of ease.

This is a mentality that is holding golf back. But in 2018 the Ryder Cup will be hosted in Paris, and the hope and belief is that French golf will get a boost during and after that event. Everybody within the industry is working to get the public perception of golf out of the old stereotypes. The ultimate goal? That would be France’s elevation to a status of leading European golf destination. With almost 600 golf courses spread across the country, France has almost double the number of courses that Ireland has. Yet, it has a fraction of the number of golf tourists.

Home of the Claret Jug?

For anyone who’s spent any time on France’s top golf courses, these numbers are hard to fathom. But attitudes are changing. We see this on our trip to Bordeaux, the home of the wine that gave the Open Championship’s coveted trophy its nickname: the Claret Jug. In England, a red wine from Bordeaux is known as a ‘claret’ – thereof the name. The British have had a special relationship with Bordeaux since the region was under English rule for 300 years, from 1152 to 1453. Even then ‘claret’ was well known in distant lands. The people of Bordeaux have made wine since the time of the Roman invasion in 52 B.C.

At Golf du Medoc, half an hour’s drive northwest of the historic city of Bordeaux, we’re welcomed to a four star hotel, a spa, a restaurant with an impressive wine cellar and two fine courses. On both courses, the distance markers are not yellow and red posts – instead they are giant wine bottles (well, OK, wine bottles waist high, made of painted wood).

If you want to play both courses, it’s good to start with Les Vignes. This is a par 71 course from 1991, set in a wooded landscape. It was designed by Rod Whitman, who has since gone on to design some critically acclaimed courses in Canada: Cabot Links, Blackhawk and Wolf Creek. It has four sets of tees (4672m-6237m). The landscape is relatively flat, but the track goes through varied areas, with pine forests, heathland and a lake.

Les Chateaux (par 71, 6305m) was designed by Bill Moore and opened in 1989. It is the best course, and regularly features in ‘Europe Top 100’ lists. It’s inspired by links courses, something that is fairly unusual in France. The track keeps changing directions, which means that the wind comes from different directions at every tee. The French Open was held on Les Chateaux in 1999 – the winner was Retief Goosen. Each hole is named after known wine chateaux in the region. With 10,000 chateaux in Bordeaux, there are enough names for 18 holes and more.

There is quite a bit more water on Les Chateaux than there is on Les Vignes. You are often offered strategic choices off the tee. The greens are fast and even, relatively flat but in many cases not that easy to read. Our favorite holes were number five and eight, both par threes on the edge of water.

In the Bordeaux-Gironde region there are a total of 12 golf clubs and 20 courses to choose from. In the immediate vicinity of Bordeaux there are eight courses. A good hour’s drive east of Golf du Medoc you will find the newest development: Saint Emilionnais, also known as Domaine Golfique du Grand Saint Emilionnais.

Kristel Mourgue d’Algue is a driving force behind the project. She and her brother André managed to rope in one of the world’s most well-known golf architects, the American Tom Doak. It celebrated its opening as a full 18-hole golf course September, 2015.

Saint Emilionnais is a project born from the dream of Kristel’s father Gaëtan. Gaëtan Mourgue d’Algue is known as golf’s ‘pater familias’ in France. He won 30 professional golf tournaments starting in the early 1960s. In 1967 he married Sweden’s Cecilia Perslow, also a golfer, with 45 amateur titles under her belt. Their children, Kristel and André, became passionate golfers. Kristel can now look back on a golfing career that included a stint on the Ladies European Tour. The family publishes the well-known guide Rolex World’s Top 1000 Golf Courses – D’Algue Selection.

This is Doak’s very first course in Continental Europe. ‘Tom Doak is very interesting and thinks differently than other people,’ says André Mourgue d’Algue. ‘He has a unique way of seeing things. He doesn’t say that much – he’s not a PR man. We gave him an empty canvas and just asked him to create something interesting.’

We played the first nine holes before the full course opened. This will be a great course when it has matured during the next few years. The landscape is full of history. Hundred-year-old oak trees set the scene. The greens at St Emilionnais are far more undulating than those at Medoc. Some of the holes play on optical illusions – and Doak has said that he hopes people will play it without the benefits of modern technology such as GPS watches and lasers so that they will enjoy the ‘trickery’ to the fullest.

The course lies 10 km as the crow flies to possibly the most famous wine town in France, St Emilion, where vintage wines can be sold at top prices, sometimes even thousands of dollars.

‘This is the dream of my father,’ says Kristel.

We are honored to be part of the dream. And we look forward to more golf in France, both before and after the Ryder Cup in Paris.