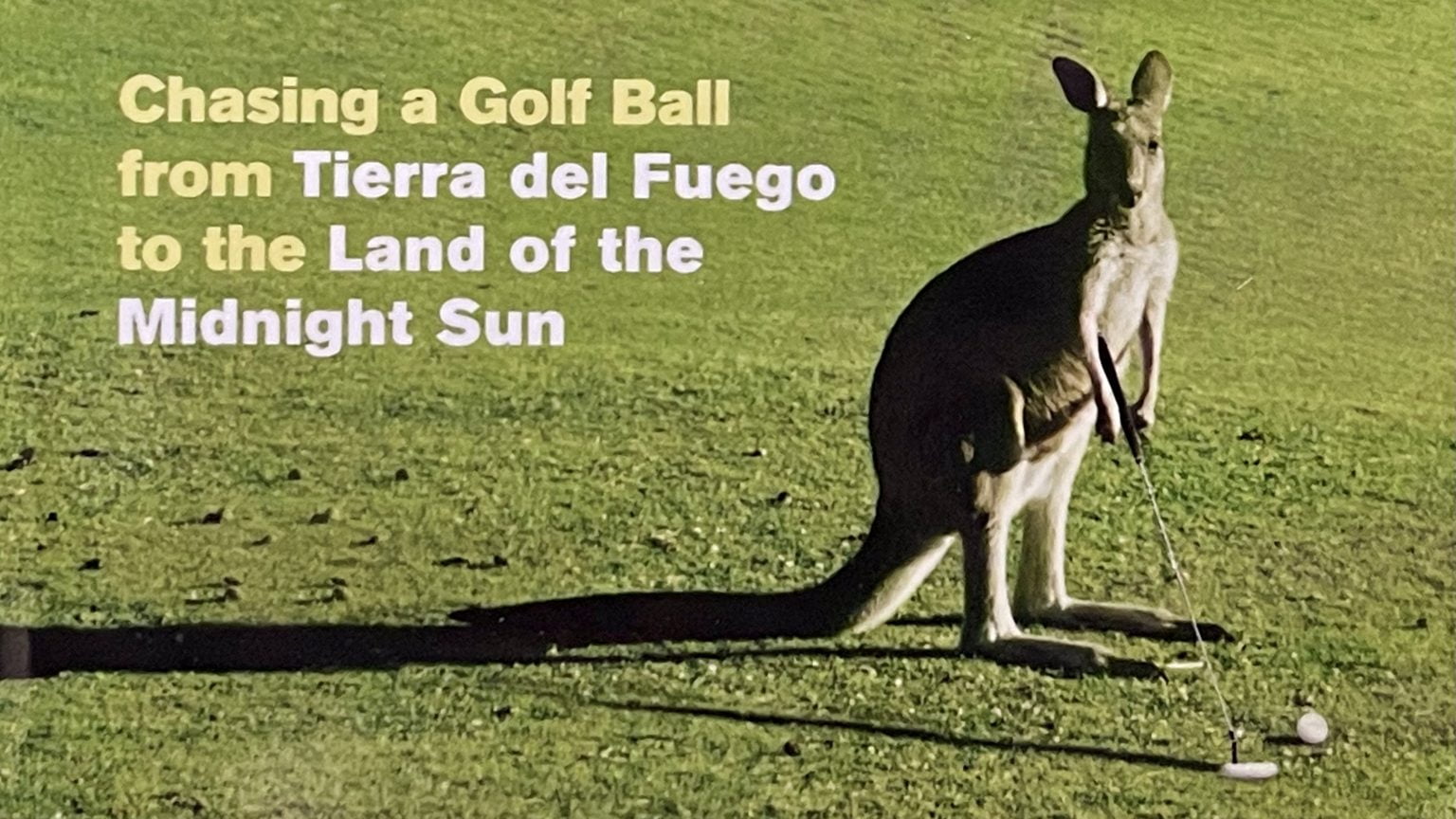 Around the World in 80 Rounds

Have you ever felt like you need to start a new life? Ditch your job, sell all your possessions (except your golf clubs) and just explore the world?

Well that is exactly what David Wood did.

It started with some daydreaming in rainy Seattle, followed by some googling, and then a vague plan started to take shape. Before long, David sold his condo and most other worldly possessions, got vaccinated against diseases you’ve never even heard of, packed his golf bag and a laptop and was ready to go. Gone was the mortgage, the telephone bills, electric bills and other monthly concerns. The adventure was on.

What follows is a captivating story, as much a travel story as a golf story. You can enjoy this book greatly even if you are not a golfer (but I know you are, or you wouldn’t be reading this magazine). David is a keen observer of life and has a way with words like few others – probably a work-related disease from having worked as a standup comedian for many years. He carefully avoids describing every single hole in detail, instead catching the atmosphere of the clubs and the people he meets on his journey.

I met David once in Ireland, and I asked him what his number one tip would be for a traveler.

”Learn to say yes,” he said. “You know how you can feel a bit uneasy about accepting when someone offers you dinner or an overnight stay at their house, after having met only a few hours earlier on the first tee? Say yes. That is what I learned on this trip. I said yes. And that is the best thing I have ever done, I had so many wonderful experiences because I accepted people’s generous offers.”

So which interesting courses and amazing sights did he see along the way? I won’t spoil the story too much if I reveal that his journey brought him to the Pyramids, the Taj Mahal, Victoria Falls, Ayer’s Rock, the Nile, Alice Springs, Patagonia, the Zambezi, the Danube, the Atacama Desert, Moscow, Istanbul, Buenos Aires, La Paz, Stewart Island, Melbourne, Cape Town, China, Mumbai, Bangkok, and Hanoi. That’s a list that could make anyone envious.

And maybe that’s the point – to make you envious. Maybe that is what will finally tip the scale, and make us, too, set out on an adventure. So read this book and learn. Start your own adventure. It doesn’t have to be golf, you could do something else, like sail around the world (bringing your clubs, of course). But regardless of what your adventure of choice is, if you study how David did it, and how he approached his adventure, you’ll have a better chance of enjoying it all.

And by the way, if you ever run into David, buy him a beer or two. Or better yet, invite him for dinner, a game of golf and a stay at your house. He has some great stories to tell.