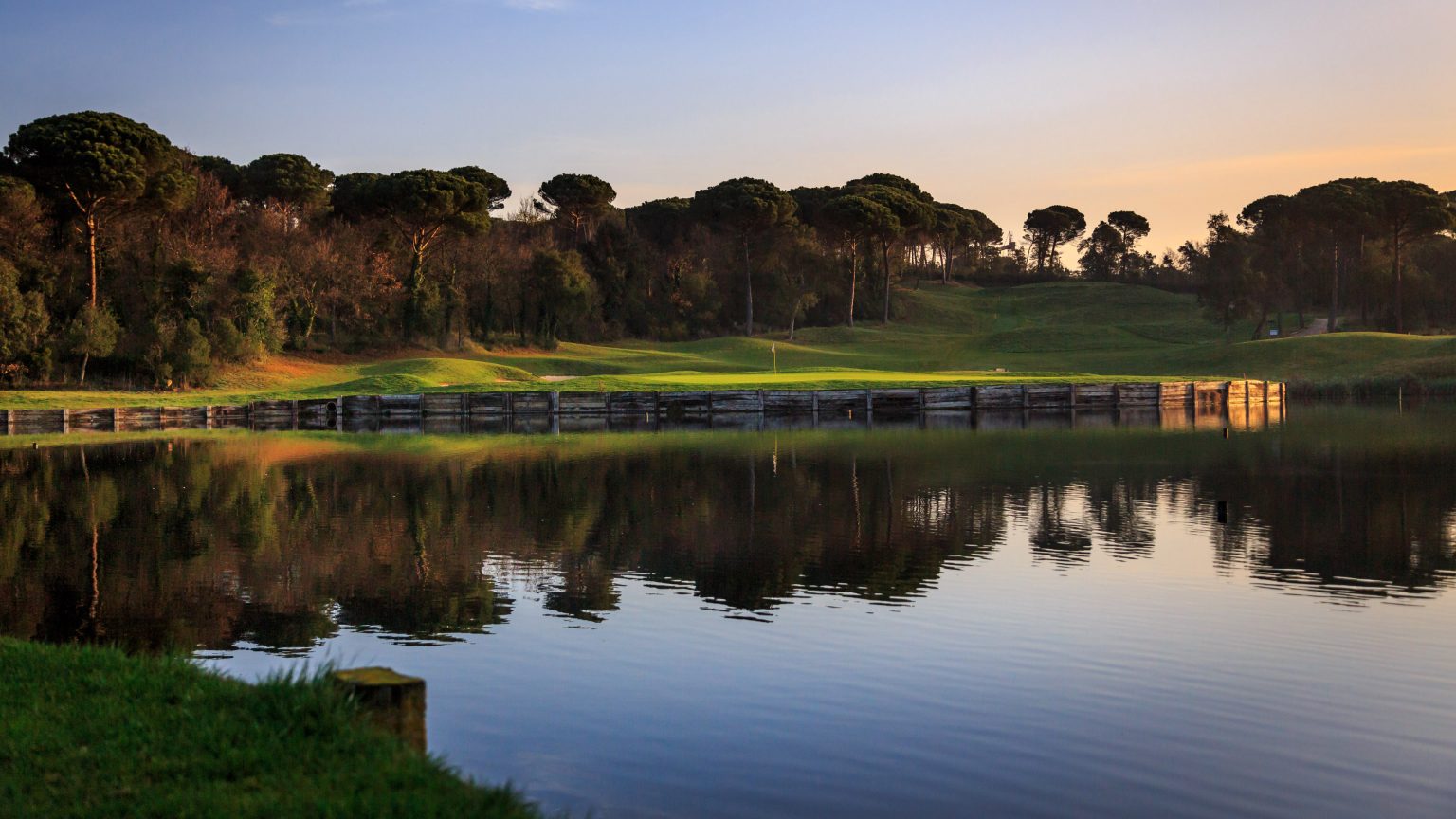 Golf for the gourmet in Catalonia

Girona – formerly overlooked by the masses heading to Barcelona – has in the last 20 years been rejuvenated, in looks, style, culture and attitude. Throw in a round or two of some of the best golf in the country, and perhaps even a Ryder Cup (we’ll see) and who could ask for more?

Climbing the cobbled streets of Girona, up from Río Onyar where Gustav Eiffel built his bridge, through a trendy neighborhood full of architectural offices and art galleries, we see a fairly anonymous-looking stone building. Lance Armstrong used to live there, says our local guide.

Ten minutes later we walk by Hotel Llegendes de Girona Catedral, where Facebook’s Mark Zuckerberg and his wife had just stayed after a technology event in Barcelona. Their stay included an evening at Girona’s El Celler de Can Roca, which at the time held the title of ‘The World’s Best Restaurant’.

Although these celebrity names might not give you exclusively positive associations, they are still telling. Catalonia – with its own language, culture, and history that sets it apart from the rest of Spain – is probably one of the most upscale golf destinations in Spain. Girona itself is a magnet for people who love sports and nature (there are hundreds of kilometers of cycle paths to choose from, not to mention beaches, golf, and skiing in the nearby Pyrenees). The city also attracts a hip crowd, especially those connoisseurs of fine food who can appreciate a Michelin star or three.

I’ve never met a golfer who doesn’t like food, not to mention drink. Girona’s combination of sports and gastronomy is unique. There are 17 Michelin stars spread out in the province of Girona, with El Celler de Can Roca owning three of them. And if there were such a thing as Michelin stars for golf courses, well – suffice it to say – the area surrounding Girona would also have its fair share. Girona’s appeal to the sporty types doesn’t end with golfers. Where else can you sign up for a bicycle tour that combines cycling with a new Michelin-starred restaurant every night? Like golfers, cyclists benefit from the principle behind the saying, ‘hunger is the best sauce’ (see bikecat.com).

If you make it to Catalonia and don’t pencil in proper time for Girona in your schedule, you may be missing the best part. Girona has, among other things, one of the best preserved medieval Jewish Quarters in the world – a labyrinth of narrow alleyways and atmospheric patios. The Santa Maria Cathedral is no less impressive – a Baroque façade with a Gothic interior, all built on Romanesque foundations.

Obviously, all of the culture, art, architecture and food is secondary to the golf. Just 10 minutes away lies PGA Catalunya. The Stadium Course (par 72, 6560 m from the back) at PGA Catalunya is ranked on several lists as Spain’s top track. It was built by the European Tour, thinking they’d give TPC Sawgrass a run for their money. Hosting the 1997 Ryder Cup was in their sights at the time (it went instead to Valderrama). Now they’ve decided they really won’t give up, they want the tournament and they want it in 2022. More power to them! The decision will land late 2015.

Most avid readers of golf magazines will recognize the view of the 11th and 3rd greens, which are on each side of a water hazard. The greens are built out into the water using the ‘Pete Dye’ method with railway sleepers. The signature hole is the 13th, where the views off the tee beckon you out onto the rolling fairways, always kept in immaculate condition.

Designed by Neil Coles and Angel Gallardo, the Stadium Course is known for its undulating terrain, its elevated tees, tight fairways and tricky, fair-sized greens. If you miss your target by a good margin you’re likely to be taking a drop from a water hazard or hitting from under the shelter of a tree or two, possibly the characteristic Catalan umbrella pines, bent cork oak or fir.

If you can think like a chess player and strike the ball like Sergio Garcia you’ll have it made (Sergio is a regular at PGA Catalunya – he even has his own ‘Sergio Garcia Junior Academy’ there). And even if you aren’t Sergiesque, you’ll still have fun, even while disentangling yourself from the rough. Didn’t score as well as you’d hoped? Just for you: the newly redone practice area with bunkers that feature the sand types of some of the world’s most famous courses, including Pebble Beach and Augusta National. You can putt on all types of grasses, including bentgrass, bermuda grass, paspalum, and poa. The putting green and chipping area is a whopping 2000 square meters.

The extensive practice facilities attract lots of serious players to PGA Catalunya, including some national junior teams from northern Europe.

And if you need a little respite from the difficulty of the Stadium Course, you can lighten up your spirits on the shorter and more forgiving Tour Course, which would be known in its own right if it weren’t overshadowed by the headliner Stadium. Both courses are used in the European Tour’s annual Q School event, stretching over six rounds. The Tour Course is a bit shorter, at 5546 m (par 72). But you still get enough elevation changes to keep it fun – just don’t hit it into A. the water or B. the pine trees.

Other courses in the Girona area include Golf Girona designed by F.W. Hawtree and Club de Golf Costa Brava designed by Hamilton Stutt & Co. Within an hour’s drive you have other options, the prime ones being Emporda and Platja de Pals.