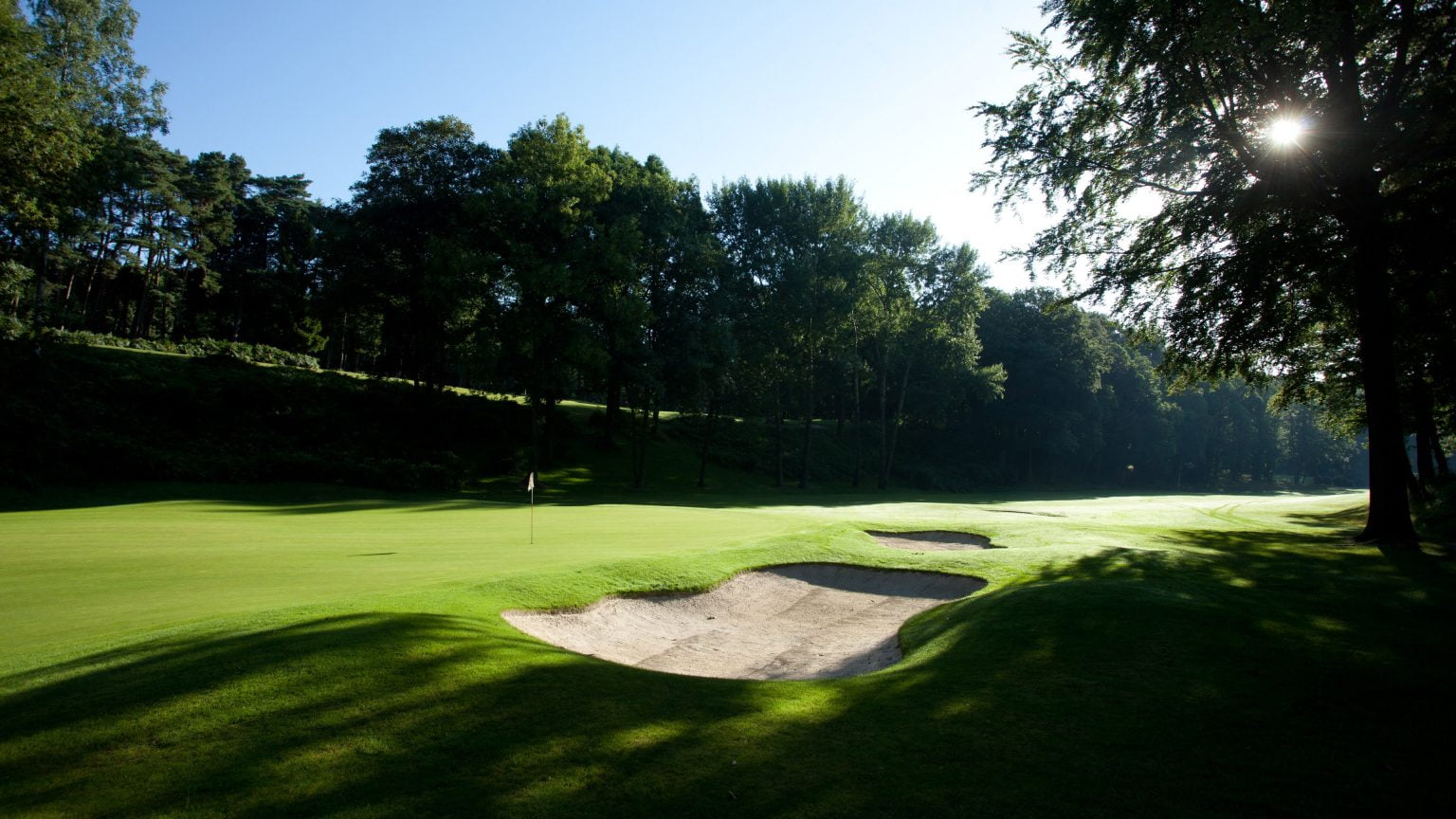 Golf in Belgium – On the fairways in Flanders

Belgium may not be the first place that comes to mind when someone says, ’golf holiday.’ But after a trip to Flanders, I’m starting to like the Belgian golf courses almost as much as Belgian beer.

Although Belgium lies at one of the crossroads of Europe, it is not on the map of many golfers. Not yet, anyway. But Belgian golf aficionados will be able to tell you: there are plenty of reasons to go on a golf holiday to Belgium – not the least being the opportunity to combine the pleasures of cities like Brussels and Antwerp, and smaller historic towns such as Leuven and Mechelen, with the great courses the region can offer.

We started off our Flanders tour at Chateau du Lac, the snazzy Martin’s Hotel & Spa on Lake Genval, just half an hour’s drive from Brussels Airport. (If you’re smart, you will manage to bring your clubs for free, for example by using Brussels Airlines’ free golf bag voucher – make sure to print it out ahead of time.) Martin’s has a successful program to attract golfers through its stay-and-play Martin’s Golf Pass (martinsgolfpass.com), where you can choose from nine hotels and 19 of Belgium’s best courses. Relaxing in the spa by the beautiful lake is a perfect lead-in to the golf.

One of the advantages of exploring Belgium is that everything, every day, is very close to wherever you were yesterday and wherever you want to be tomorrow. Brussels is always in easy reach in the evenings.

In our case, we take off for Golfclub Kampenhout, a par 72 parkland course that serves up a peaceful setting in fairly flat terrain but with majestic, mature trees. Bring plenty of balls, the rough is severe, and if you aren’t in it or on the fairway, you’re probably in the water. After the round we have a first taste of the light Belgian Leffe beer as solace for the poor scoring, and we realize immediately that this will be the drink of choice for the rest of the week.

After checking in at Martin’s Patershof in Mechelen, we are amazed by the architecture surrounding us. It is located in a renovated 19th Century Franciscan church. People come from all corners of the world specifically to stay in this hotel (or just to visit the restaurant), and it’s easy to understand the appeal looking at the stained glass patterns and the lines of the church nave throughout the hotel.

The golf at Keerbergen is less than half an hour away. This old-fashioned, down-to-earth and beautiful club reminds me of why I started to play golf. Only 5503m from the back tees and 4668m from the front tees, every hole gives a fighting chance to average golfers, while throwing some good hazards at them, too. The parkland layout reflects the fact that the acreage is minimal for an 18-hole course, so the routing is sometimes a bit tight, and with 10,000 trees or so, you’re bound to hit a couple here and there. But they’ve been playing on this course since the early 1960’s, so the members know what they’re doing. The final hole at Keerbergen is the most memorable, a par four with the fairway curving round the lake on its left side, making it a classic risk-reward hole.

Next it’s off to Millennium Golf in Limburg, a complex from the late 1990s built on what was once a peat bog. The course weaves around Lake Paalse, and many of the holes feature water hazards. One of the most striking holes is already on the 3rd (519m from the back tees), called ‘Pebble Beach’. It is a par five with a narrow fairway and water along the entire left side, ending up at a large green defended by a large bunker. The 7th, 8th and 9th all have water pretty much in every direction that your ball wants to go. The back nine is fairly dry until you get to the 18th, which is a classic ender on this kind of course, along the lake – take on the approach over water at your own peril.

Moving to Leuven, we experience another stylish hotel refurbishment, this time of cloisters at Martin’s Klooster, which is done in a clean, modern and appealing style. Nearby Winge Golf is a course that you will want to play in a buggy unless you are trying to lose weight and want to get the pulse count up on the hills. Who knew that Belgium had so many hills? The layout demands accuracy, as the woods press in on narrow fairways and a ball in the rough is often lost for good. When you pass the final hilltop and peer over the lake to the old clubhouse on the 18th, you will definitely look forward to a nice Leffe on the patio.

Golf du Bercuit is Robert Trent Jones Sr.’s only design in Belgium, and it is special. It was opened in 1967, and is situated within the private Bercuit estate. The course is undulated and the holes are varied, each memorable. The par three 5th is a picturesque hole from the top of a hillside down to a green that has water on three sides – you’re not really sure if your choice of club is the right one until you see your ball sink, swim or bounce. Except for the almost ridiculously steep rise of the 13th, I enjoyed all of the holes. And after the round, it was tempting to take a dip in the clubhouse pool.

Finally, we made the trip to the prestigious Royal Waterloo’s La Marache, a course that was originally designed by Fred Hawtree in 1960, and where his son Martin Hawtree has overseen changes since 2007. It features regularly in the top 100 rankings of European golf courses and has hosted the Belgian Open five times from 1979 to 1991. It is beautifully placed in the parkland terrain of Brabant Wallon, near the famous ‘Butte du Lion’ mound of Waterloo. The first nine are more open, while the back nine feature holes that are secluded by mature forest.

The club has three courses, the second 18-hole course being Le Lion, and the third a 9-hole course called Le Bois-Héros. Royal Waterloo is perhaps the most well-known golfer’s destination in Belgium – and a fitting end to a full-fledged golf tour. Though the experience was not a battle, certainly we felt victorious upon our return home.