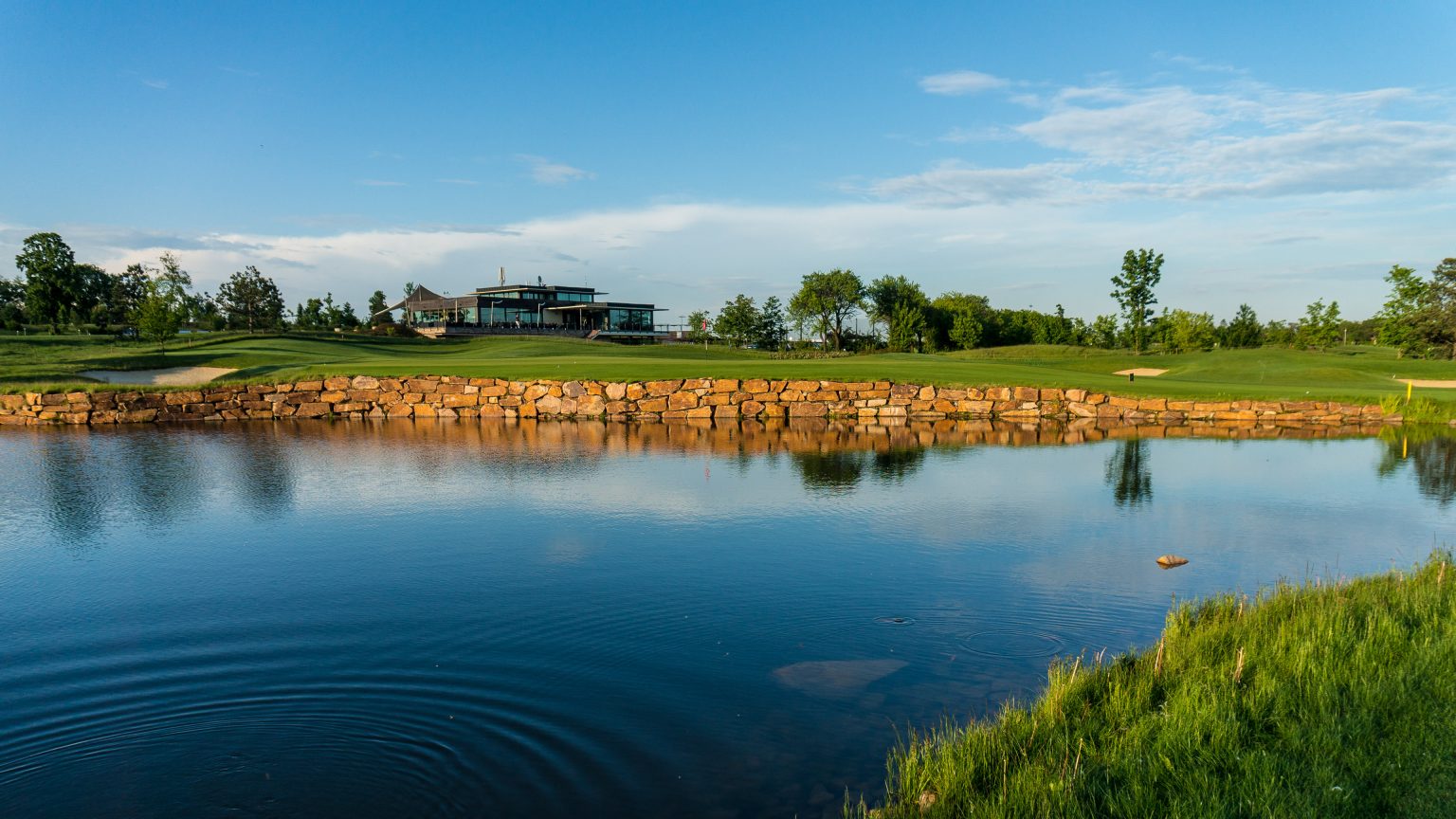 Golf in the Czech Republic – More than Prague

You may have been to Prague. It is a stunning city, full of cultural heritage, beautiful architecture, and magnificent views. It’s also a party city, in the summer full of young and old from all over the world having a good time, enjoying the sights and the good food and local beer. But the Czech Republic is so much more than just Prague. We went looking for – what else? – good golf courses.

To find out how it all started, we first went to the oldest golf club in the Czech Republic, Royal Golf Club Marienbad. As the name implies, the course is located just outside of the resort and spa town of Marienbad. The fact that it is located next to a spa has a lot to do with how it first came into existence, as many western spa guests wanted to play golf. In 1905 they got their wish, and a nine-hole course designed by Scottish Pro Robert Doig opened. Among the many foreign guests at the opening was King Edward VII of England, who also donated prizes.

In 1923 the course was extended to 18 holes, and the course was quite popular with royalty and other famous people in the ’20s and ’30s. Soon harder times would follow. When the communists took power after the war, golf was considered “a game unsuitable for the working class”. In spite of being threatened, the club narrowly managed to avoid redevelopment plans, and after the Prague spring of 1968, there was finally some light at the end of the tunnel. After the collapse of communism in the early ’90s, the club came back to life, and several Czech Opens were played at the course, with famous participants such as Seve Ballesteros, Ian Woosnam, and Bernhard Langer.

The course is an 18-hole parkland course. It starts out with a few fairly flat and easy holes, provided you can stay on the fairly narrow fairways. As you get further into the course it gets a bit hillier, and when you reach the 7th hole you have a nice downhill drive followed by an approach shot to a green on the other side of a valley. This is probably what you would call the signature hole.

The back nine are again fairly flat, but narrow fairways and well placed traps keep play interesting. The finishing hole runs parallel to the clubhouse and ends right next to the King Edward VII memorial plaque. Speaking of the king, he is the reason the club is now a “royal” club. Royal Marienbad is unique in that it is the only royal club outside of the British Commonwealth. To honor the king’s involvement in founding the club, Queen Elizabeth II in 2003 granted the right to use the title Royal Golf Club. This means that as a member of Royal Marienbad, you have reciprocal rights to play on many of the other royal courses around the world. There is no waiting list to become a member, just pay the 9,000 Euro entry fee and the 500 Euro annual membership fee. Quite a deal. You may even get to play a round of golf with fellow member Ivan Lendl. Plus you also get to play free at Karlovy Vary.

While in Marienbad you should of course also visit the town itself. Apart from the famous spring water, it has a lot of buildings from the Golden Era in the second half of the 19th Century, when the rich and famous came for the curative spring water. There are over 100 mineral springs, both in town and in the surrounding area. Often pavilions and colonnades are built around them, such as the Cross Spring right in the middle of town.

When in Marienbad, don’t miss dinner at the excellent Villa Patriot.

Not far from Marienbad is another famous spa town, Carlsbad, or Karlovy Vary, as it is called in Czech. Here you find Golf Club Karlovy Vary.

The club and course did survive, and it is now the biggest golf club in the Czech Republic, with over 900 members. In 1997 a new clubhouse was built, complete with a spa, beauty salon, and a first-class restaurant, even an “indoor golf resort”, a simulator, putting green and bar.

There is not much to say about the golf course other than that this is probably the best course in the Czech Republic. The course is stunningly beautiful as it meanders through the hilly forest landscape. You don’t really see any other hole than the one you are playing, giving you the feeling that you are alone on the course. Playing at over 6,000m it is not an easy course, and the penalty for hitting into the dense forest is severe, so the driver is by no means the obvious tee club.

After the round you can enjoy a beer on the terrace overlooking the 18th green. You could even buy a round for your buddies. As always in the Czech Republic, the beer is excellent and prices are very reasonable. Even at this high end establishment, a round of beer for your four ball is barely over 10 euros.

If you want to taste a bit of old-time luxury while in Carlsbad, visit or stay at Grand Hotel Pupp, right in the center of town.

If you decide to stay in Prague, the Albatross golf course is a fine choice. Located on the western side of the city, not far from the airport, it is a new championship golf course opened in 2010.

You can see right away that no money was spared in constructing this resort. The clubhouse is ultra-modern, complete with conference facilities and a Kogo restaurant. The training facilities are first class, and the pro shop is stocked with the very latest (and most expensive) golf fashion. The course is the vision of wealthy investor Jiri Simane, and he signed up English designer Keith Preston to deliver a course that could host a major tournament. He succeeded, and the Czech Masters was played at Albatross in August of 2014. The course has been rated number one in the Czech Republic by Golf Digest, although in our opinion it is edged out by Karlovy Vary.

The course itself is pretty open at this young age. Constructed as a modern championship course it is long, the longest in the Czech Republic at almost 6700m from the back tees, 6059m from the club tees. This is the main difficulty of the course. Being so young, there are not many trees to contend with, but there are seven water hazards that come into play, especially toward the end. The three finishing holes are the most interesting, number 16 a par three with water in play on the left all the way to the green, 17 with water on the right and a stream that cuts across the fairway right where the long hitters land, and a finishing hole with the largest of all of the hazards, to the left and in front of the green. Both the 16th and the 18th are very beautiful holes.

However, we would only recommend this course to the lower handicappers who can enjoy the challenge of a long course where they can take some risks by cutting corners and risk hazards and OBs. For the average or high handicapper, we find the course a bit boring, in that many of the holes look quite similar. “Haven’t I played this hole already?” was a thought that crossed our minds several times. In time, as the trees grow, this problem should go away and the course could become truly great. But if you’re a single handicapper, by all means take the challenge already.

To round out our week, we went to our favorite Czech golf resort, Konopiste, a little less than an hour south of Prague near Benesov.

Konopiste is different than most golf clubs in the Czech Republic in that is a complete resort, including two golf courses, training facilities, a hotel, a full service spa, and a restaurant. The resort is built around an old castle that originally belonged to the Radecky family. During the communist era it fell into disrepair, but has now been fully restored into a beautiful hotel and restaurant.

There are two golf courses, Radecky and D’Este, centered around the hotel. Radecky, named after one of the original owners of the estate, is the “older” of the two, opened in 2002, while D’Este was completed in 2005. The two courses are similar in nature, but there are some differences.

The Radecky course is by the members considered to be the main course. It is predominantly a parkland course running across a hilly landscape, although a section on the first nine runs through a forest area. The first nine are also the most interesting, with both magnificent views and some quite tricky holes meandering through the forest. The signature hole is the 6th, a short par three played over a pond, with the drop area on a small peninsula.

On the back nine the Radecky course gets a bit repetitive, with holes going back and forth over a hill, making for many blind holes. The first time you play the course this is quite a problem, since you have no idea of what’s coming. If you play the course a couple of times you get the hang of it, and the holes grow on you. The finishing hole is different, and quite beautiful, ending with an approach over the pond just in front of the hotel. Not an easy hole, you have to play it a couple of times to figure it out. Many matches are decided here.

The D’Este course quickly climbs, and the views get better and better. On a sunny day you can literally see for miles and miles from holes 4-5-6, before you start working your way back to the clubhouse. The finishing hole on the first nine is the most beautiful of them all and also the most fun to play. A par four, downhill all the way, with the green on an island at the bottom of the hill. You could almost drive the green, if it wasn’t for that water…

The second nine at D’Este share some of the same problems of the second nine at Radecky, but don’t have quite as many blind holes. All in all, the D’Este course is wider and a bit easier than the Radecky.

It may sound like we don’t like the courses, but that is not so. The courses get better and better the more you play them, and the quality of fairways and greens is quite good. We certainly would not have a problem spending an entire golf vacation here. The hotel is nice and quiet, the service and food is very good, and the spa is world-class. Highly recommended.

Golf is booming in the Czech Republic, with over 60,000 golfers in the country, up from close to zero 25 years ago. All in all, there are about 105 courses to choose from, so the above is just a small (but good) sample of what the country has to offer of golf. This was our second trip to the Czech Republic, and a lot has happened in the five years since we last visited. A lot is sure to happen in the next few years, so we hope to soon have a chance to come back. We look forward to it.