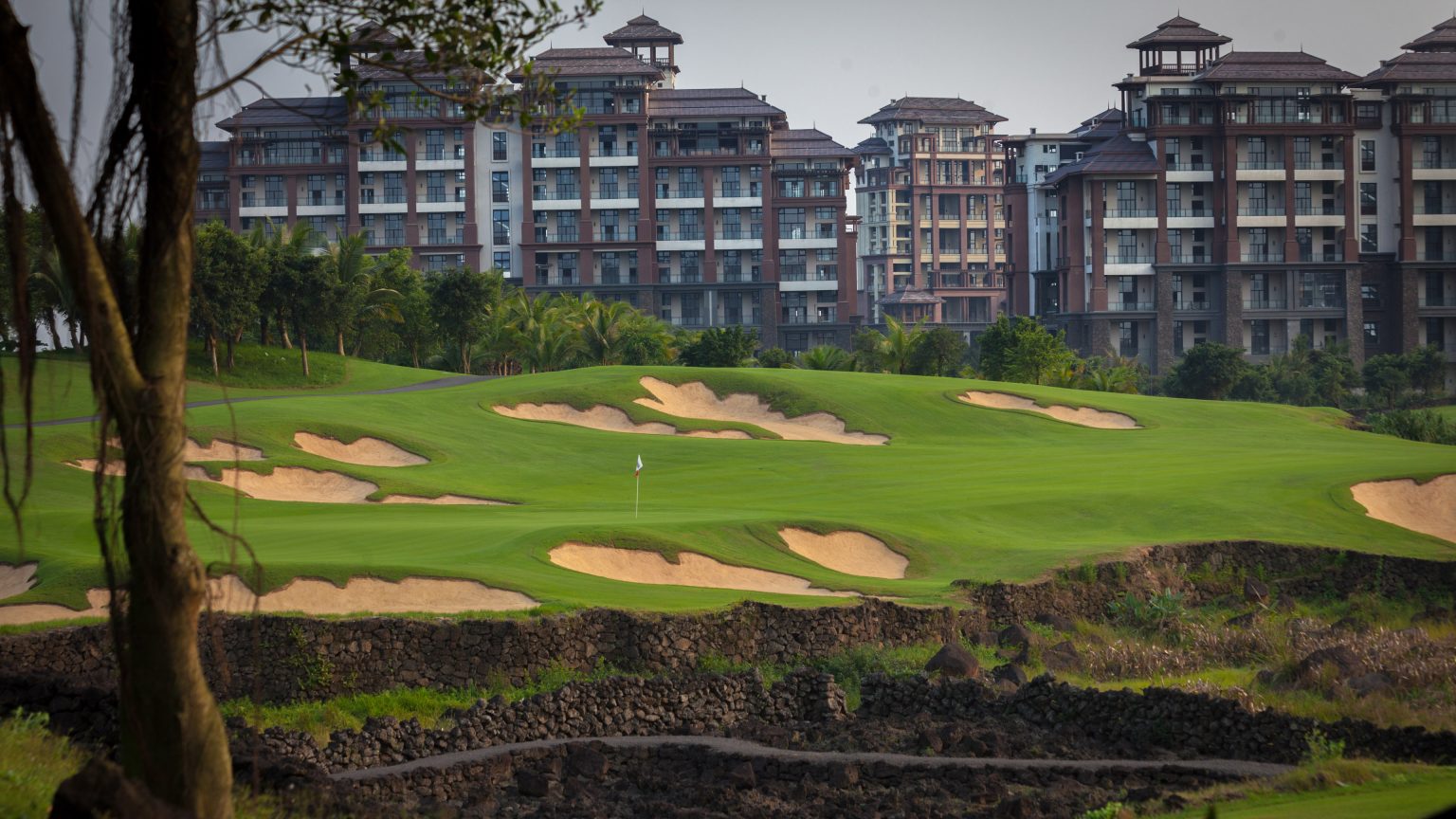 Hainan is the heart of golf in China

On the island of Hainan in China, they can’t seem to build golf courses quickly enough to meet the demand. Mission Hills Haikou’s ten courses are filled up every day with wealthy Chinese golfers, and it can be hard to land a tee time.

But where will they play? Obviously, China needs to build more courses to accommodate them. Today’s 800 courses won’t be enough (the U.S. currently has 20,000 courses for its 30 million golfers). It may not be possible to predict with any accuracy how many courses will be built, but any which way you look at it, China will be looking at a large number of new courses in the coming years, amounting to a figure at least in the thousands. Let’s hope they get the sustainability factor right.

Some of these new courses will undoubtedly be built on Hainan Island in the South China Sea, which has an official state-sanctioned tourist-friendly status, making it arguably easier for foreigners to obtain a visa. It also has a sub-tropical climate, being the southernmost Chinese province, and is about an hour’s flight from Hong Kong.

Mission Hills Haikou, on the north side of Hainan Island, is a resort with five stars, ten golf courses, 12 restaurants and the world’s largest spa with 220 different pools featuring water from natural springs, and one suitably massive clubhouse/hotel that is gorgeously styled in modern Asian-international fusion design. The place exudes sophisticated luxury and total relaxation – so much so that when my tee time was delayed due to heavy rain and thunder, I was (with good reason) thrilled at the prospect of spending the afternoon at the spa instead.

One might surmise that with all these courses, getting a tee time would be a piece of cake. That is not the case. In fact there are plans to build a full 12 new courses at the resort, bringing the total number up to 22 courses, according to PR staff at Mission Hills.

The first 10 courses have been designed by the American Brian Curley of Schmidt & Curley. His name isn’t promoted on the level of the big-ticket designers at the older Mission Hills Shenzhen’s 12 courses (Jack Nicklaus, Annika Sörenstam, Greg Norman, etc). But the resort owners got ten varied and interesting designs with Curley.

The Vintage Course is a favorite track for pure enjoyability, as it offers ample opportunity for scoring, though it still has plenty of methods of biting back at you should you dare to mishit the ball.

The Blackstone Course is built on black volcanic rock with exquisitely shaped fairways and elaborate bunkering. The bright green billowing fairways set against the stark black of the lava and the blindingly white sand in the bunkers is quite impressive. Opened in 2010, it is already gaining status as one of the region’s top tournament venues. In 2011 it hosted the World Cup of Golf, where the U.S. won, represented by Matt Kuchar and Gary Woodland. In October 2013 Tiger Woods and Rory McIlroy duelled for their big (and easy, some would say) paycheck – a match that McIlroy ended up winning.

The course is very long, at 7808 yards from the back (5418 yards from the ladies’ tees). Already on the 623 yard par-5 second hole you get a taste of what you’re in for. It’s a double dogleg that features a giant tangle of bunkers on the right side, just waiting for your second shot.

Two holes later, on the fourth, you’ll be looking at a big carry from the tee over an intimidating ravine. And if you escape the ravine, there are always fairway bunkers to beat you up.

The par-3’s also demand carry over the lava rocks – and if you lose your ball, you will at least have a chance to see it quite clearly, white against black.

Those sprawling, tentacled and bright, white bunkers seem to threaten every straight line toward the pin on most holes. The fourteenth hole seems to offer more bunker than fairway to land on. To count the number of bunkers on the fourteenth, you may need more than your fingers and toes to keep track.

The large and immaculate greens are incredibly tricky to read in addition to being on the heavily undulated side (you might want to upgrade from a regular caddie to a so-called ‘golden caddie’ who has passed the most rigorous caddie exams and will give you a fighting chance on each and every putt, if you do what she tells you to do.)

The only thing that’s a little distracting is the sound of nearby construction during the rounds. Not a moment seemed to go by without the far-off accompanying soundtrack of distant drilling, hammering, lifting, grinding, pounding, shouts of construction workers, etc. I ask my very friendly ‘golden caddie’ how many buildings are going up. She doesn’t know, so we count. We agree finally that we can see 17 multi-story apartment complexes under construction from where we are standing. This does not include the completed ones.

I understand they will have no problem selling the apartments – an entire burgeoning Chinese middle class would love to have property right here, next to 22 golf courses. Who can blame them?

The par 73 Blackstone Course, designed by Brian Curley of Schmidt & Curley, is 7,808 yards from the tips, and 5418 yards from the front tees. It is the showcase course at Mission Hills Haikou. The other courses at Mission Hills Haikou are also designed by Curley: The Vintage, Sandbelt Trails, Lava Fields, Meadow Links, Stepping Stone, Stone Quarry, Double Pin, Shadow Dunes and The Preserve.