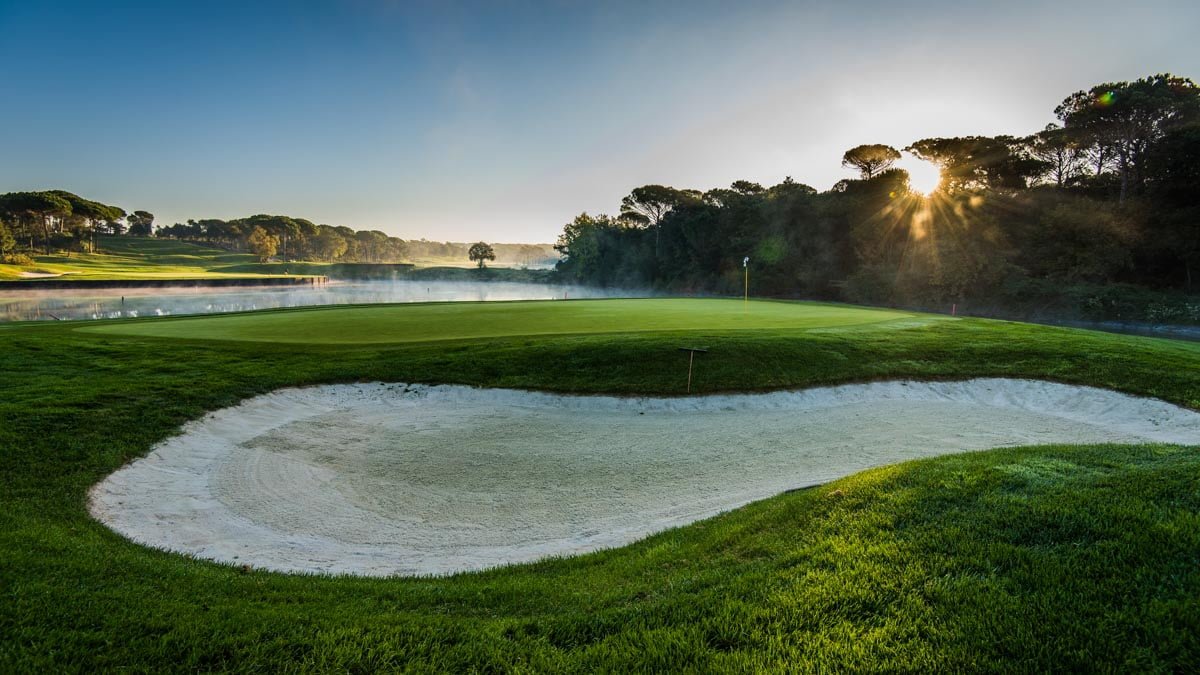 If you ever go across the sea to Ireland, look out for my good friend Ivan Morris. Here’s a man who is so incredibly steeped in the game of golf that you would be excused for thinking that he is a close relative of the slightly more famous Morrises of St Andrews.

Ivan and I met for the first time at Lahinch in 1966 when I was on the Swedish national team and played against Ireland. We have remained friends over the years, and the last time we met I asked him how he caught the golf disease. This is his answer (I took copious notes):

My mother was a golf nut

“First of all, let me reassure you that golf nuttiness is not contagious. In fact, it is an inherited condition. In my case, I got it from my mother who, on occasions, made me leave the dinner table and go into the garden to demonstrate some technical point in the golf swing that we were discussing.

“Golf began for me on the second day my summer holidays from school in June 1961, just short of my 16th birthday. At the time, I was basking in the glory of being a key member of a highly successful, schools rugby cup-winning side as well as being a member of the Ireland U-16s soccer team. After a game against England, Harry Parks, the legendary manager of Aston Villa offered me a month’s trial. Much to my chagrin, my parents said, ‘No!’ and to distract me from the crushing disappointment, they introduced me to golf.

“On my third or fourth day at the golf course, I met a golf besotted parish priest who immediately infected me beyond cure with a disease that I have never shaken off. The first casualty was that I never played soccer again. I lasted a bit longer as a rugby player but I gave that up prematurely too at the age of 21, even though I had been told that the Irish selectors had me in the plans. My reverend mentor had persuaded me that I could play top class golf into my 50s, whereas if I persisted with rugby I might end up broken in bits before I was 30.

“Father Enright was a larger-than-life character. After a visit to the Vatican, he described St. Peter’s Square as “a good belt of a four iron” to his bemused Bishop. He was a big hitter and proud of it. He would have adored graphite, titanium and big-headed, spring-like effect drivers but, sadly, he went to Heavenly Gates CC before that technology came on stream. On our first encounter, Fr. Gerry and I played 45 holes non-stop until darkness fell. It was the beginning of an intense friendship. We regularly played 54 holes in a day, only stopping for snacks of brown bread, hard-boiled eggs, fruit and buttermilk. We ate while sitting on the grass at the back of the wooden clubhouse with an already month-old issue of the American newsweekly, Golf World, being digested with as much gusto as the food.

“Fr. Enright and I did not give much thought to the reasons why we played. We were far more interested in how to win. When we grew tired of beating each other, we invented ‘the invisible man’ – a negotiated target score. Sometimes if things did not go well over the first few holes and the coast was clear, we would rush back to the first tee and begin again. Even though I was off 20 and he played off 2 when we started, we did not bother much with handicaps.

Matchplay with the clergy

“We operated “Shot Recall” – a fantastic training exercise – this comprised of granting each other an agreed number of licenses to recall a bad shot, or, much more tellingly, make the opposition replay a good one. Fr. Enright regarded golf as a metaphor for life – a journey, not a destination. He said that we begin each round anew. After a series of ups and downs, no matter how well or how badly we fare we finish up in a hole in the ground. It was how we cope in between that matters.

“From the beginning, I fell hopelessly in love with the precision, the competition, the history, the architecture, the literature and the simple walking around in the fresh air of golf. It was only later that I learned to appreciate the friends I made all over the world through golf.

“In my lifetime, I have met many golf nuts. One of them was Agent 007! After a frustrating day at Aloha GC in Spain in 1981, I stormed into the locker room, nearly slamming the door off its hinges, tore off my shoes and threw them against the wall, which caused a few deserved expletives to be hurled in my direction.

“I had just regained my composure when Sean Connery barged in, muttering furiously in Scottish. He also tore off his shoes and pitched them against the same wall. When I burst out laughing, Connery erupted and called me an ‘effing smartass.’ Within minutes we were consoling each other and discussing the mercurial nature of a game that drives both of us mad at times.

A long-standing member of Limerick, Ballybunion, Lahinch and Doonbeg Golf Clubs, Morris has been a category one golfer for over fifty years; competing with a unique passion and commitment in countless national and international championships. Voted Golf Nut of the Year by the Golf Nut Society of America in 2002 (the first non-American to receive the accolade), on the strength of his first book – Only Golf Spoken Here (2001), Ivan is also the author of The Life of O’Reilly (2002), The Doonbeg Ghosts (2006) and Life As A Way of Golf (2012).

Morris also helped to co-author Larry Lambrecht’s magnificent, photographic coffee table book on Irish seaside golf, Emerald Gems (2003.) A freelance golf columnist since 2003, Ivan has been published in Ireland, UK, the USA, Germany, Denmark, and Sweden. I meet him occasionally through our mutual membership of the European Golf & Travel Media Association and always look forward to hearing his yarns that are often accompanied by a sharp-tongued and insightful view on the state of the game of golf. For Ivan Morris golf is clearly a complete and absorbing way of life.