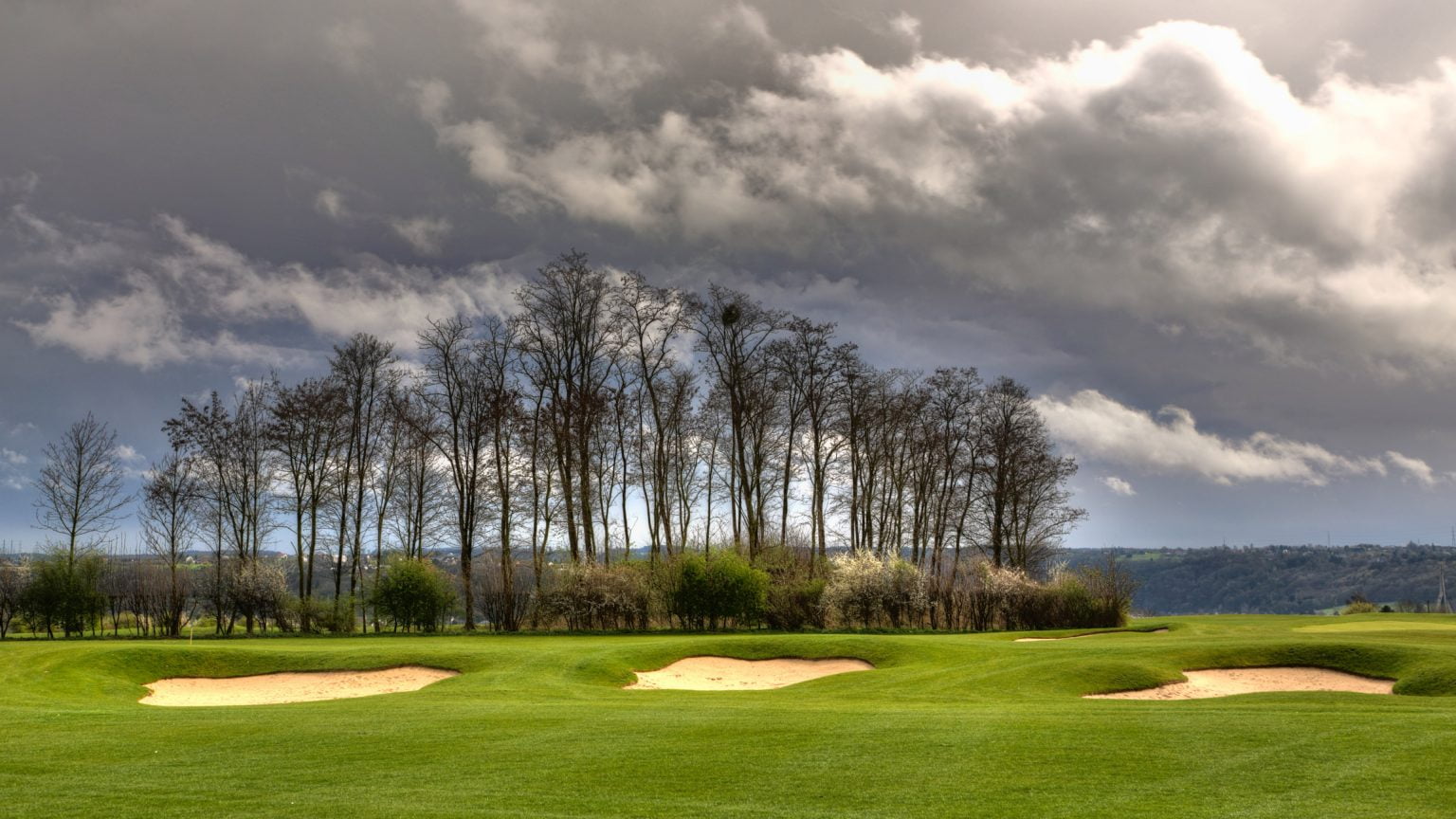 Naxhelet is Belgium’s first brand new 18-hole golf resort to open for several years. With the restoration of old farm buildings, a new 35-room hotel, a high-end spa, wellness center and swimming pool, and a course designed by renowned architect Martin Hawtree, owners Bernard and Françoise Jolly are making a splash in the Belgian golf market.

“We aren’t golfers, and Martin was quite happy with that,” says Bernard Jolly, who decided to make something special out of farmland that has been in his family for 200 years. “He said it’s probably better that way.”

Hawtree is known for his recent work with an investor who is rumored to be moderately opinionated, namely Donald Trump. At Naxhelet, les Jollys enjoyed working along with Hawtree on the course design, but it was mostly a matter of standing back and letting him get on with his craft, saying to him now and again, “We trust you.”

The 250-acre property, in Wanze near Liège, is bordered by the Meuse river. The neighboring land is the site of a 13th century abbey. Naxhelet was the location of a watchman’s home for a medieval castle in the valley below and was previously used by the Jollys for farming and hunting. Their background in farming is evident, and one of their main goals for the resort in the coming years is that it will be run organically. Solar panels are being installed on the roof of the driving range, and are expected to deliver most of the electricity needed in the clubhouse.

The first nine holes of Naxhelet opened in April, with the last nine opening in May. A 9-hole pitch & putt is also in the works. And another full loop of nine is planned, but the construction of those final holes will only start when planned real estate on the edge of the property has been sold. The plan is to cater to families on weekends and to business people during the week.

Already the club has 280 members. Bernard Jolly, who is also about to become president of Het Zoute, a company heavily involved in real estate and golf, says that it was evident to him that he lived in an area that was in need of a course. It will be the only 18-hole course on the route between Liège and Namur, a stretch of about 60 km.

The course is a parkland course in softly rolling terrain, with many beautiful trees such as oak and cherry trees. We saw it before the planting of about 15,000 plants and bushes and trees, which will definitely alter the look and feel of it – not to mention the play.

There were a couple of issues related to course design where the owners had strong opinions. One was that they loved a cluster of three very tall pine trees, that ended up staying in the middle of the fairway of the par five 3rd hole. Former US president Eisenhower would not have been happy standing on the tee (a famous pine at Augusta National was named after him, because he hit it so often). These three quite majestic-looking pines have a future of bombardment in store – they are too tall to drive over, and they’re right in the Tiger line from the men’s tee.

Another agreement between Jolly and Hawtree was that they will at one point in the future install a ‘surprise’ on the course – though what this surprise is, he does not yet know. It might be a sculpture or a whimsical feature in the landscape. We are waiting in suspense.