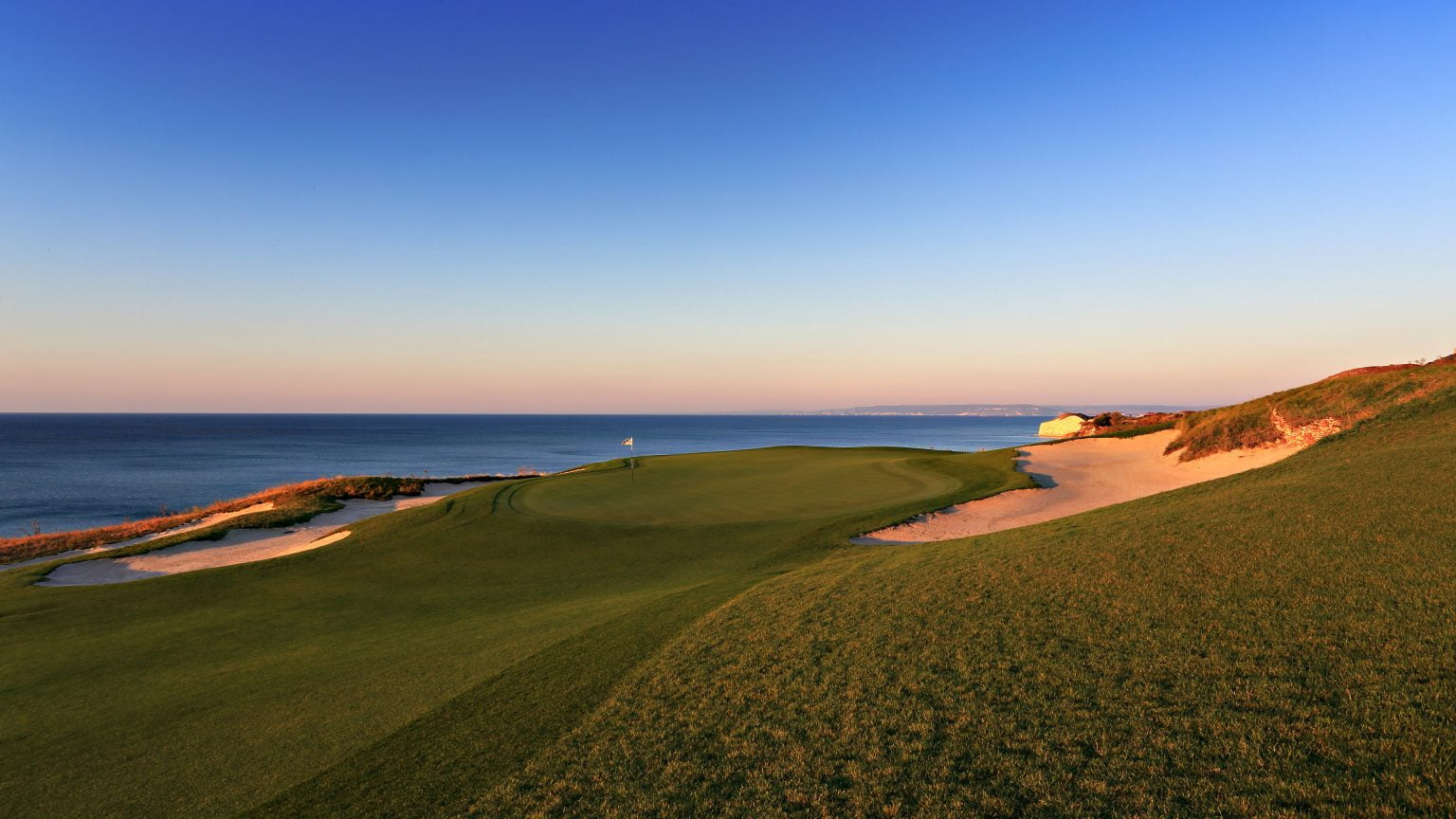 Thracian Cliffs on the Black Sea Coast of Bulgaria is one of the most spectacular golf courses you’ll ever play. It came out on top in the award for 2014’s best European resort, as voted for by industry insiders.

There are some courses that are renowned at all corners of the earth – courses that people put on their ‘must play before I die’ list because of their breathtaking beauty. Kidnappers Cove, Pebble Beach, Cypress Point are these kinds of courses. The newest addition to this list is in… Bulgaria, you say?

It might have come as a surprise to some that Thracian Cliffs, a resort only three years old, took the award for Resort of the Year 2014 by the International Association of Golf Tourism Operators (IAGTO). But the resort, centred around Gary Player’s stunning cliff-top course on the Black Sea Coast in Bulgaria, has been getting rave reviews from the media and also the top European Tour players, who visited Thracian Cliffs for the Volvo World Match Play Championship in May last year.

What a difference a decade can make. Ten years ago, this dramatic coastline was virtually barren. There was just one house on the property, and the way to get to the house was a bumpy dirt road. Twenty-five years ago the land was owned by Bulgaria’s Communist Party, but after the collapse of communism, the plots had been given back to the various local families that had owned them originally.

Investors realized the potential of the land, and had a vision of building a cliff-top course more than ten years ago, but it took years to acquire all of the land from the different owners. By 2005 the land was secured, Gary Player was brought in for the design and in 2006 construction of the resort started. In June 2011 the resort and golf course celebrated its official opening, and started ‘wowing’ the European golf media.

From the very beginning, Thracian was touted as ‘Europe’s Pebble Beach,’ or by the less hyperbolically inclined as merely ‘stunning,’ ‘dramatic’ or ‘fantastic.’ When the European Tour visited Thracian last year, winner Graeme McDowell of Northern Ireland said the course was ‘stunning to look at’ and ‘very linksy.’

Ian Poulter was amazed after a helicopter fly-over of the course. “It’s been called the ‘Pebble Beach of Europe’,” said Poulter. “But there are only a few holes at Pebble Beach where you play along the shoreline, whereas here at Thracian Cliffs holes three to 10 are perched right on the cliff edge,” he said.

Today, the owners of Thracian Cliffs Golf & Spa Resort are looking forward to Phase 2 of the development, when the ultra-upscale Chedi hotel chain will build the Balkan region’s first ever mega-luxury 6-star hotel. They also have plans for a 4000 m2 Asian style luxury spa. According to Elena Dimova, property sales manager at Thracian, the prices of the apartments have increased in price by 50 percent from 2007 to 2013.

In total there are seven golf courses in Bulgaria, of which three are on the Black Sea Coast, all close together near the seaside resort of Kavarna, just north of Varna. BlackSeaRama is also a linksy Gary Player design, with fairways and greens in just as great condition as they are at Thracian Cliffs. Some of the views are fantastic, and the clubhouse has an excellent restaurant.

The Thracian Cliffs course – very nearly an out-and-back layout – starts with a panoramic view from elevated tees, to a beckoning fairway down below. The 1st is one of the easiest holes of the course, just 342 meters from the back tees and 234 from the front tees. It gets more difficult. The first eight holes play along the cliffs, with the 6th hole perhaps the most dramatic, although really all of them are very scenic. The 6th is a par 3, 211 meters from the back and 86 from the front. It is played from the edge of a steep descent, and onto a green that juts out on an outcropping into the Black Sea.

The 7th is almost as spectacular, especially from the silver tees, placed on a strip of land engulfed on all sides by the Black Sea – which can in fact look brilliantly blue. But in order to reach the fairway from there you need about 180 meters of accurate carry, perhaps not a venture for every visiting hacker.

The turn after the 8th hole features a famous toilet (in the European Tour event this hole was played as the 10th hole, as the routing of the course was changed for the tournament). It was here that Nicolas Colsaerts took a now-famous drop. After his wild shot during the Volvo World Matchplay Championship landed over the gents’, he was told by the rules official that he would have to drop the ball in the ‘loo,’ which he did. Luckily, he wasn’t forced to play his shot from there, as he was given another free drop to take relief from the building.

The next holes turn back toward the clubhouse, on higher ground than the first eight. Extensive bunkering makes many of the holes extremely challenging, and undulated greens mean that anytime you manage to two-putt you can let out a sigh of relief.

If your score rises uncontrollably, seek solace in the beautiful views. And with 280 days of sun per year, you’re likely to be playing in the sunshine. So smile and enjoy.

Visitor Martin Reiter-Bauer from Vienna loved the whole experience. “Thracian has 18 holes with spectacular sea view, white cliffs and the beauty of the Black Sea,” he says. “The landscape is incredible and the fairways and greens are in excellent condition.”

The only wrinkle that needs ironing is the pace of play. The course is quite difficult, and with people searching the maximum allotted time for every ball, queues may form and rounds may take longer than strictly necessary. But all in all, the dominant feeling upon putting on the 18th is gratitude that a place like Thracian Cliffs exists. Let’s head to the spa and relax.

Find all the details about Thracian Cliffs here.